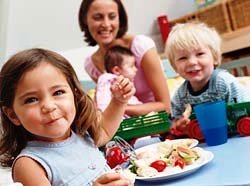 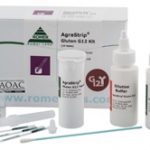 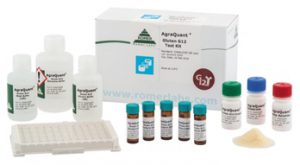 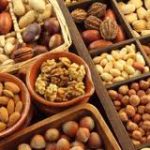 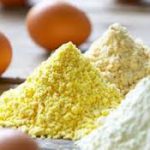 Gluten-free – How can you prove it?

Over the past decade the demand for gluten-free food has soared and, therefore, more and more of these products can be found in the stores. The spectrum of consumers with difficulties in digesting gluten has grown to around 10%. These individuals show varying degrees of sensitivity towards gluten, but their situation generally improves when following a gluten-free diet. Furthermore, there is a growing perception amongst increasing numbers of consumers that a gluten-free diet is better for you. But what is gluten? Why can it be toxic? And how can gluten be detected in food?

What is Gluten?
The name “gluten” is derived from the Latin word for glue and it refers to the composite of the proteins called prolamins and glutelins found in wheat, barley rye, oats and their crossbred varieties. Prolamins are defined as the fraction that can be extracted using 40-70% of ethanol and this fraction is called gliadin, hordein, secalin or avenin respectively, depending on the grain variety. In general, it can be estimated that prolamins and glutelins occur in the same ratio in gluten.
Worldwide, gluten is an important source of nutritional protein, both in foods prepared directly from sources containing it, and as an additive to foods otherwise low in protein. Gluten contributes texture and form to food products, due to its physicochemical properties. Together with water and when kneaded, gluten forms a viscoelastic dough with a special protein network which is responsible for the shape of bakery products.

Coeliac Disease
Following the transition from the hunter-gatherer lifestyle to the beginning of agriculture 10,000 years ago, cereals have been a main pillar of the human diet, which raises the question as to why gluten is causing increasing levels of health problems nowadays. Approximately 1% of the world’s population is affected by coeliac disease – an immune-mediated enteropathy caused by the ingestion of gluten

New law on gluten-free: The Codex standard Codex Alimentarius Standard for Gluten-Free Foods
The European Commission has decided to use the Codex standard as the basis for a law on the labelling of food for people who are gluten intolerant. The law came into full effect in January 2012.
There is a level of gluten which is considered to be safe to eat for people with coeliac disease. This level, which is the amount of gluten allowed in gluten-free products, is known as the Codex standard.
The Codex standard now has two categories: Foods containing 20ppm or less gluten
Only foods that contain 20ppm or less can be labelled as ‘gluten-free’.
The term ‘gluten-free’ implies no gluten, but in practice a zero level does not exist. It is impossible to eat a zero gluten diet, because even naturally gluten-free cereals such as rice can contain up to 20ppm or 20mg/kg of gluten. Research shows that this tiny amount of gluten is not toxic to people with coeliac disease who can eat unlimited amounts of products with gluten at a level of 20ppm or less.

Gluten Analysis
As there are regulations in place, there is a need for appropriate detection methods for gluten in food. Several technologies such as specific antibody based tests e.g. enzyme linked immunosorbent assays (ELISA) or lateral flow assays, polymerase chain reaction (PCR) methods and newer concepts like mass spectrometry are available – all with varying degrees of commercialisation – giving both qualitative and quantitative results.
The G12 antibody employed in the AgraQuant® Gluten G12 ELISA and AgraStrip® Gluten G12 Lateral Flow Test belongs to this next generation.

The Next Generation of Gluten Analysis
The G12 antibody specifically recognizes the 33-mer of the gliadin protein present in gluten. This toxic fragment was identified by the University of Stanford and published in 2002 in a paper in Science. The G12 antibody was raised against this 33-mer peptide using knowledge gained from this publication, and recognizes the hexapeptide sequence QPQLPY and similar peptides found in barley, rye and oats. In contrast, the R5 antibody was raised against a secalin extract and later the epitope it reacts with was identified as the QQPFP pentapeptide. The distinction between the two antibodies relates to the fact that the G12 antibody specifically targets the toxic fragment that triggers the auto-immune reaction in coeliac patients, rather than a peptide sequence unrelated to clinical outcomes. It was confirmed during validation studies that G12 does not give any false positive signals with soy and is, therefore, suitable for measuring gluten in products containing soy. There is also no cross reactivity to maize or rice.