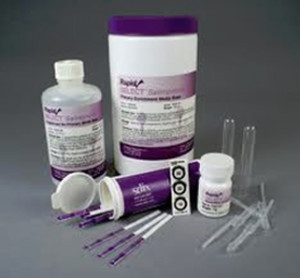 Mycotoxins are secondary metabolites of moulds, contaminating a wide range of crop plants and fruits before or after harvesting. Such contaminated crops are toxic to humans and animals, and hence, a major health issue for the consumer. To ensure food and feed safety several countries have established regulatory limits for mycotoxin contamination in crops. Consequently, food and feed producers need to test for mycotoxins in their products, which can be done with rapid test systems for quick on-site results and reference test systems for the confirmation of these test results.

Romer Labs® rapid test kits have been approved by numerous internationally recognized organizations such as AOAC or the USDA. Our chromatographic methods, in particular the MycoSep® cleanup columns has been references in hundreds of peer-reviewed papers and is part in AOAC official methods and referenced by the Japanese FDA.

Romer Labs® offers testing products for the major mycotoxins that are regulated (or in the process of becoming regulated): 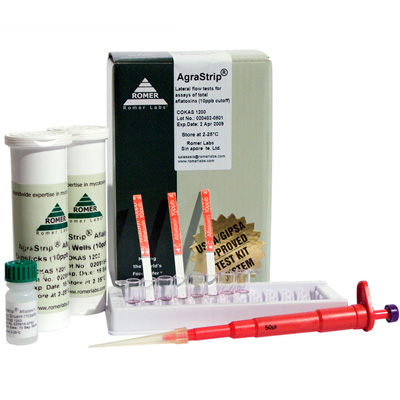 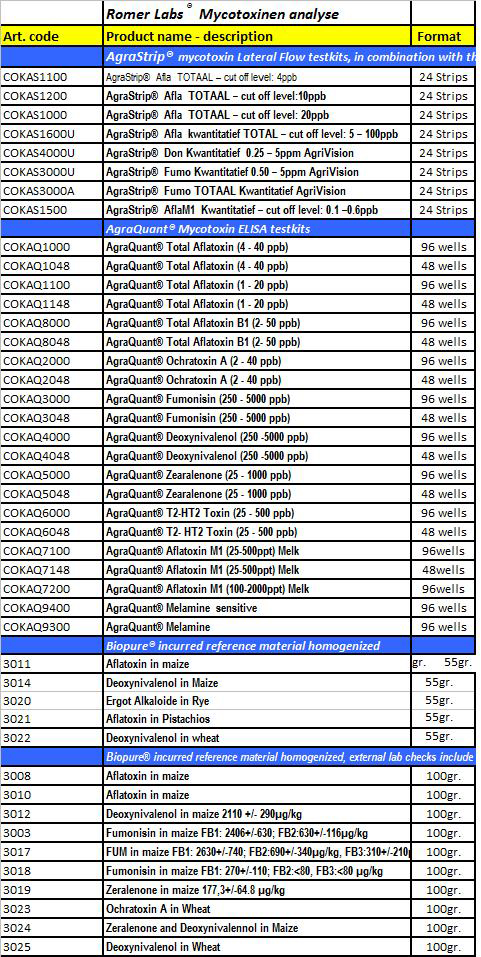